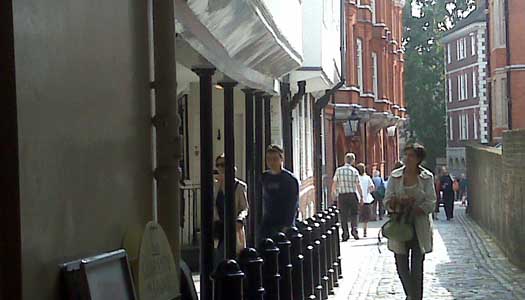 Since the fall of the Iron Curtain, it has been recognized that the political, economic, and social division of Europe must be overcome.   The Council for European Urbanism believes that cities and regions will play a special and integrating role in this process.   Their renewal will influence the development of a diverse European Culture.

Until that year, a decades long ruthless modernisation of the cities, often culminating in their wholesale destruction had been practiced.   For the first time on the same continent, both in Eastern and Western Europe, the historical European city was publicly declared as a common cultural resource to be protected and carefully developed.   With this, a fundamental change in city planning politics was introduced. In many countries still-intact inner city cores are a distinct European feature, to be protected and renewed.

This also applies to the tradition of the designed landscape, especially of the Baroque period and of the 18th and 19th century.   Cities like Bologna and Krakow set the standards in the 1970s by the preservation of their historical cores.   Recently, Barcelona, Bruges and Lyon have continued this path and have elaborated on it.

In order to build up esteem and public support for urban design in Europe, events such as a yearly cultural capital can be selected by the European commission or an international building exhibition can be held.   Through such events, the question of how one deals with the heritage of the city can be demonstrated through practical examples.

Of special importance for the CEU is the theme which has arisen since the collapse of communism, that of dealing with the conversion of dis-used industrial and military sites that have resulted from the economic conversion of Eastern European countries.   Of additional importance are the social questions that have resulted out of migration, the aging of society, and the contraction and growth of population in the different regions of Europe.

The initiatives, organisations, and institutions that have resulted out of this context in several European countries is seen by the CEU as a basis for European reform in urban design.   Despite certain beginnings in cross border planning and cooperation, it is recognized that many disciplines still unfortunately work in isolation at all levels: individually, locally, and nationally.